What narrative mode in fiction writing should I use?

What narrative mode in fiction writing should I use?

Narrative mode is also known as the point of view. The narrative mode in fiction writing allows the writer to reveal the story from a certain perspective. How do you decide to write in third person versus first or second? It depends on the your overall goal when telling the story. How do you want your message to be interpreted by the reader? 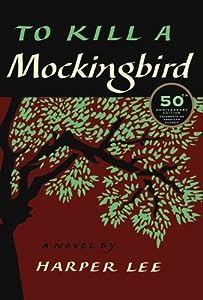 First person uses the pronouns I and me. This point of view is usually told from the perspective of the main character. I use this narrative mode when I want my readers to be “inside the character’s head.” First person allows writers to expand on the character’s inner thoughts and feelings. Readers should feel like the story is happening to them. This introspective approach is very natural since it is how we view own lives. My goal is to influence the reader into believing the same things as the characters.

A very good example of this is To Kill a Mockingbird by Harper Lee. The novel point of view comes from Jean Louise “Scout” Finch. She is a grown adult but shares how she felt as a child, trying to understand the people in her life and their beliefs. This novel wouldn’t have been the same if it had been written in third person. The reader wouldn’t have had the intimate connection with Scout and her views. Second person uses You as the pronoun and the speaker addresses the audience. I use second person in this blog sometimes, when I directly address all of you readers. Another example is the Choose Your Own Adventure books by Edward Packard. I’ve read a couple of these books and they are certainly unique. The reader gets to pick which ending they wish to read. The narrator also speaks directly to the reader, making them the main character. It’s the most difficult narrative mode in fiction writing, especially done skillfully. I recommend you read several example novels that follow this method before attempting it.

Third person point of view uses the pronouns Him/Her  and He/She. Third person narrative mode in fiction writing is the most popular. It allows the authors to create their own voice as the narrator. Third person viewpoint allows other character’s perspectives without the main character being present. A Song of Ice and Fire series by George R.R. Martin is an excellent example. He develops other minor characters and subplots that are equally as intriguing as the main character’s.

When I write third person I want the readers to see what the characters are going through and draw their own conclusions. Sometimes I allow the reader to unravel a piece of the mystery before the characters. This isn’t possible with first person point of view.

I caution writers about using this form. I read part of a series that did this and found it very disruptive. It certainly took a few chapters to get use to. It’s a very fascinating concept and great challenge for any writer. It needs to be done very carefully or the story will be a disaster. Research and read other novels that have attempted this before trying it.

If the article above was helpful to you, I invite you to comment below.

This entry was posted in Advice on the Writing Process Before Publication, Editing and Grammar, Featured and tagged Choose Your Own Adventure, Edward Packard, Narrative, Narrative mode. Bookmark the permalink.